The Cave
Stuff that does not matter 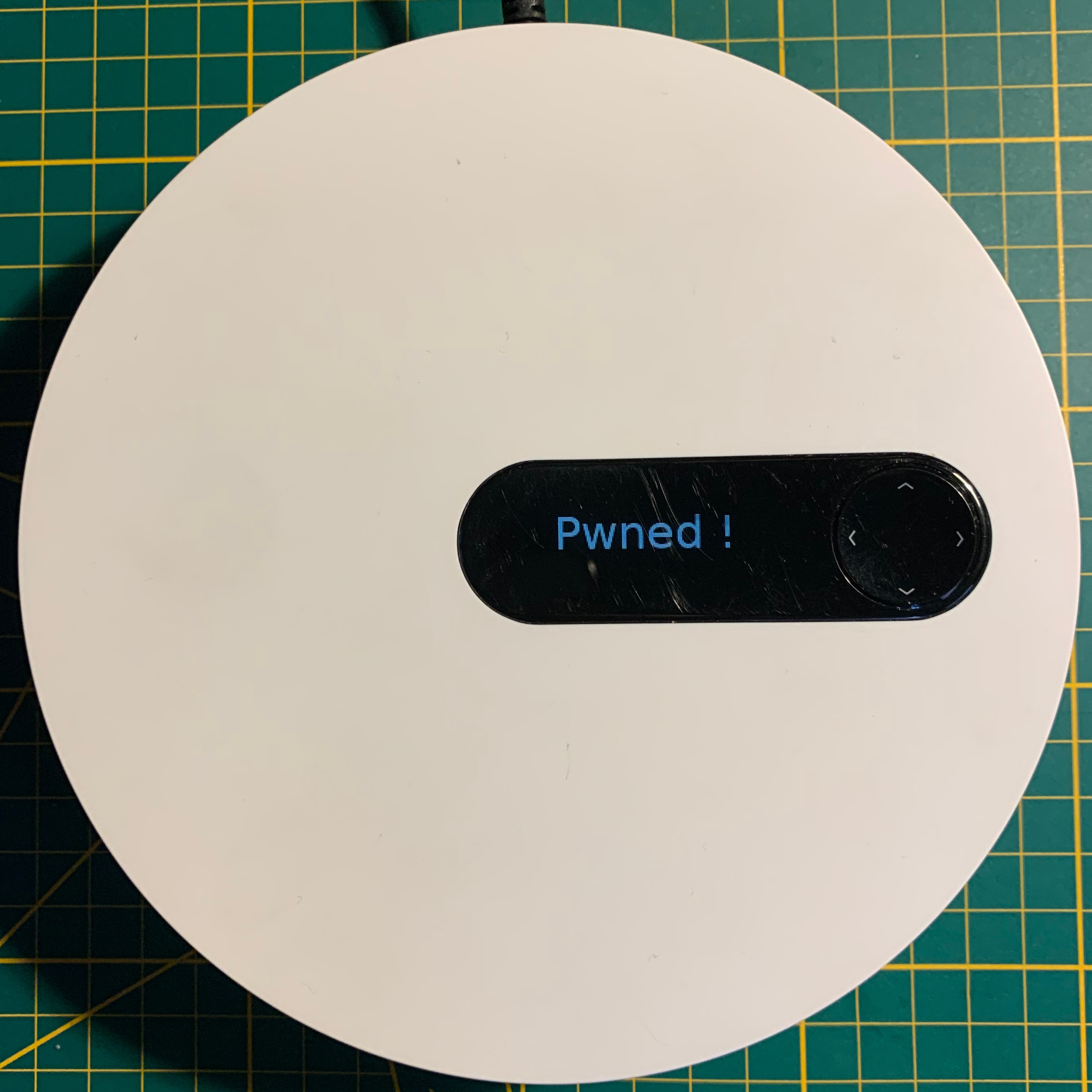 A bit of history

A few months back, I turned my attention on my fiber gateway. So I ordered the same model on ebay, unsoldered and dump the nand, and after a lot of work, managed to have a clear view of the system, from bootloader to userland.

So I contacted the vendor, and explained what I did.

They fixed the issue by adding a signature check on the rootfs, and told me that, even if "impressed", as this was an old model with no secure boot nor secure storage, it was easy (as in "yes we know we can not secure this").

And they were right, nothing would have prevented me from flashing my own bootloader with my own public key or signature bypass.

Still, I was happy.

Then, a challenge came to my mind: "what if I could break into their latest model?"

So back to ebay. 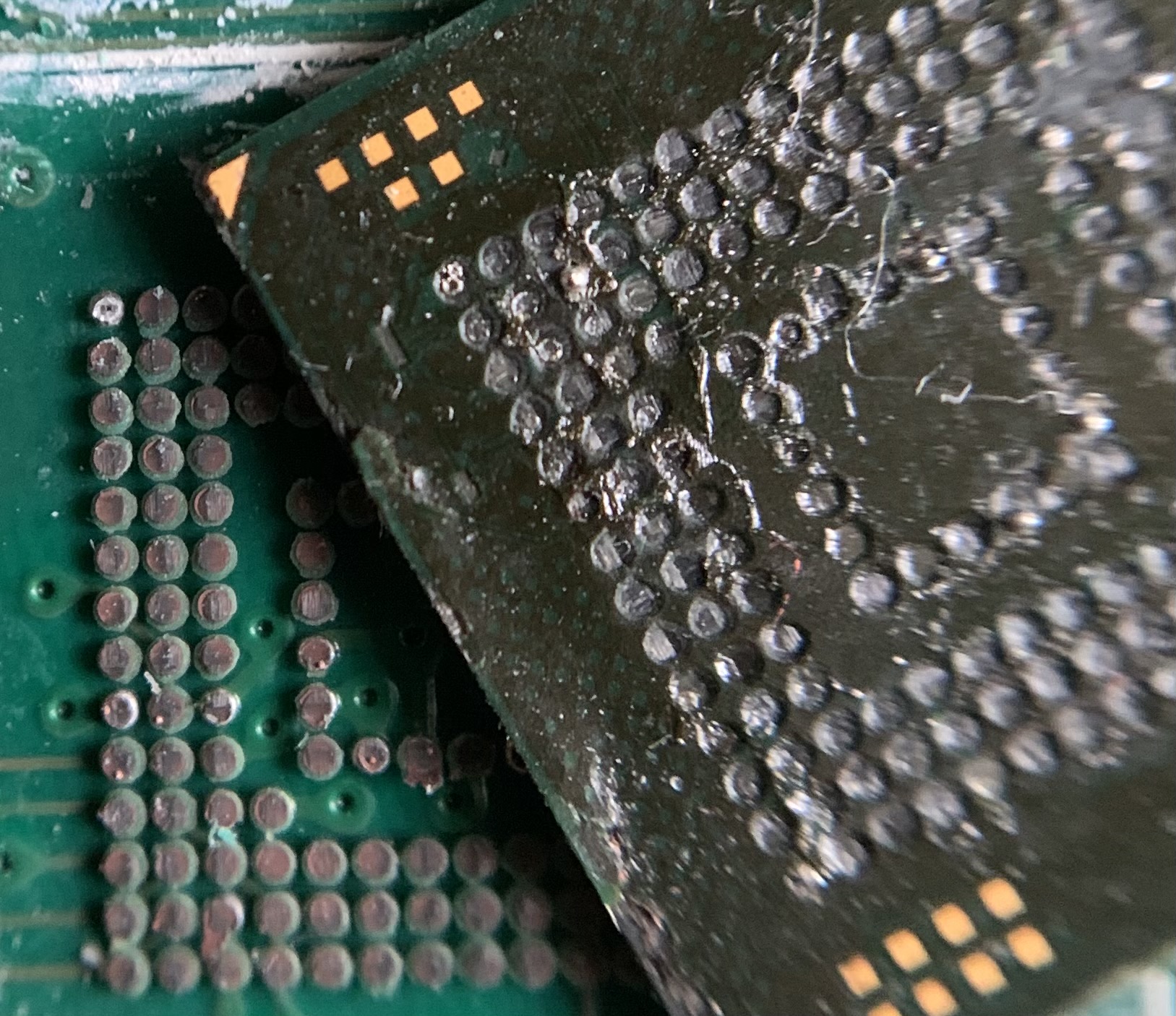 But still, with more ebay purchases, I managed to get a dump.

Which was obviously encrypted. Even the bootloader... so, secure boot, as expected.

Probing unpopulated connector footprints on the pcb during boot did not lead to anything. But I finally managed to find the serial signal on one resistor.

During my work on the previous model, I found that by shorting two pins of one connector on the pcb, the board booted in a so-called test-mode. This mode, after a custom network authentication, allow to boot on a network loaded firmware image without signature check.

So I needed to do two things:

To ease the process, first, let's get root on the device (sorry, won't cover that part, I know it's an achievement in its own, but I am focused on breaking secure boot, and yes, it would be sufficient to display the Pwned message on the screen of the device...but we are not here just for the lulz).

We can find some interesting things in /sys/class

And then start poking arround all test points until we can see a 1 showing up.

I am focusing around the usb-c connector (just a feeling) and all the glue.

And it's a match.

Well, sort of. It seems that when injecting 3.3v on one test point, the gpio value alterns between 0 and 1. But injecting the 3.3v at the right time on boot get us a straight 1.

I got the feeling that "boot-eth" can be triggered by an appropriate usb-pd command/response, the test point coming from a gpio output of the usb-pd chip 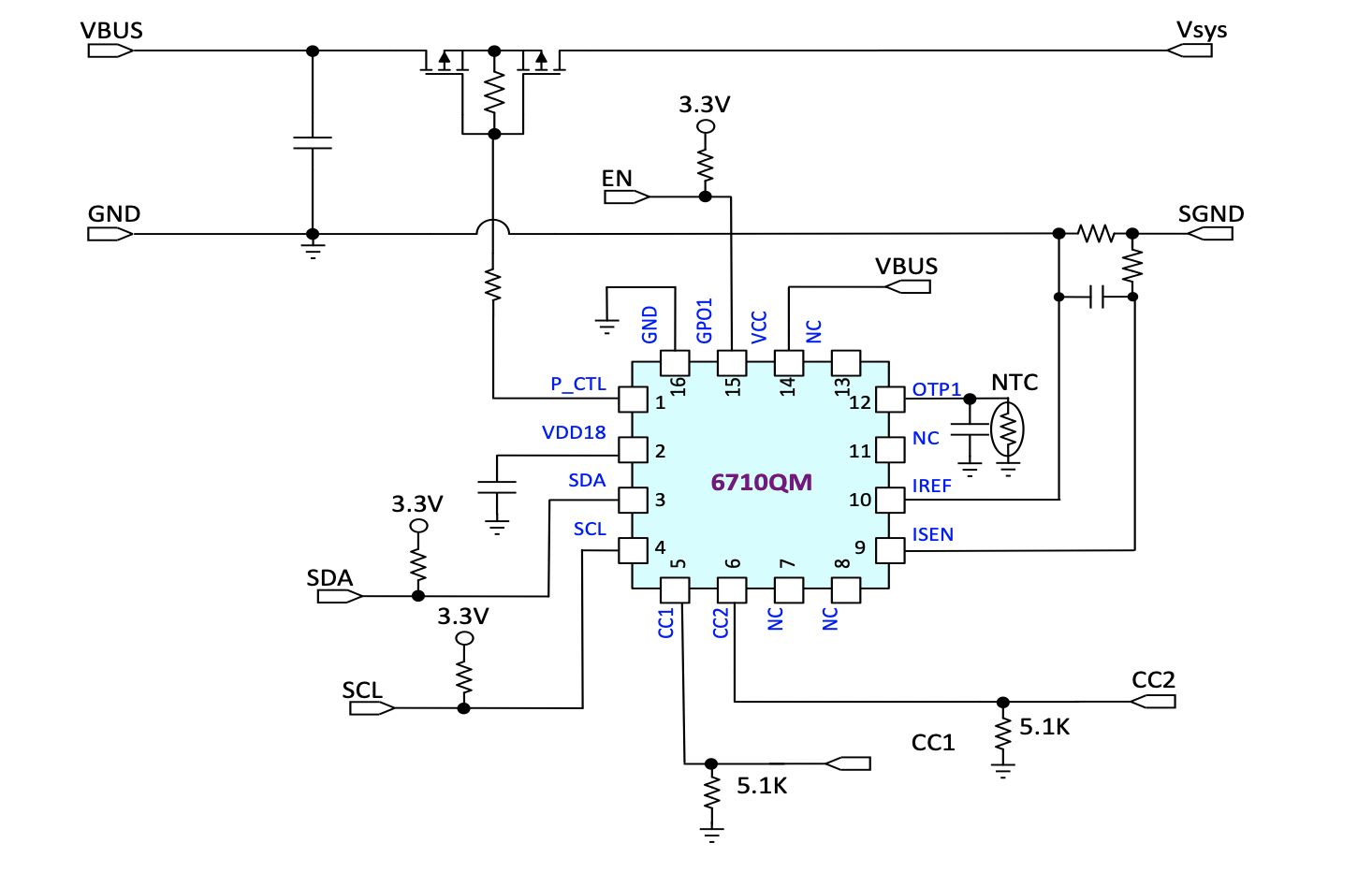 I decided to cope with that, and not searching more. Since I can easily trigger test mode with this cursed method.

Here again, I got helped by my work on the previous model. Basically, in test mode, the board send an udp packet with a once, that has to be hashed with a per device specific key and sent back. This way, the board ensure it is on a vendor's developper owned network.

The key is derivated from a primary key. To sum up, each device owns a primary key, and can derivate key0, key1 roughly by calculating

Each key index serves a specific purpose, and for test mode we need key1

On the previous model, primary_key was stored in the nand (aside with the mac address and other per-device stuff). But on this device, we do not have unciphered access to it.

But as we are root, and the device needs to be able to get a key index for it's own purpose, unless all encryption is done in the secure world.

But we are lucky:

With that key, we are able to authenticate our network for the device to boot in test mode.

A note on firmware images

The firmware image format is roughtly the same as the previous model, so I reused the scripts I wrote:

It consist of a bunch of binary encapsulated, each with a type and flags.

Actually, I did that before venturing into test mode, but it does not matter.

Reuse the same approach as for my attack on the brcm61650 with a kernel module dumping the right memory space ( we have .text, .rodata addresses in the bootlog)

With the dump in hand, let's look at how the firmware is loaded.

We see that even though, in test mode, kernel (and dtb) do not need to be skrypted, ATF and OP-TEE must be.

Let's look at how an image is "unskrypted"

Sooo, we might have a pointer to the aes key !

Unfortunatley, there is this funtion:

that is called just before passing the hand to ATF:

So, no chance to grab the aes key used to decrypt the firmware from the post-boot memory dump.

By looking further (too much code to dump here, so no screenshot) we can see that the firmware aes key are loaded from an encrypted partition. The partition is encrypted with a per-device key, accessible only when in EL3.

Back to test mode

Let's look at what we can do in test mode.

ATF and OP-TEE must be skrypted.

So focus on kernel (or dtb).

The xz flags is quite interesting. If not set, the partition is copied to the default location. but the xz flags loads an header with a target load destination.

With that in mind, maybe we could try to over-load the ATF (which is run at EL3) with our own code?

Nice try, but each loaded partition fills an memory_map entry, and no overwrite is allowed. (kudo to the developpers)

I found a glitch in the loading code that would have allow to overwrite some code by wrapping the address, but found it unexploitable (data abort)

At that point, I was about to give up.

Remember, the ATF partition muste be skrypted. So it's signature is checked, and then it is decrypted.

Let's look a bit further. Here is the format of the skrypted partition:

And at the code that handle deciphering:

See ? To decide if it will decrypt the partition with the session_key, the unskrypt function check if the iv and the encrypted_session_key are not full of zero.

So, instead of the unskrypted ATF binary, we can inject the ciphered ATF binary. Of course, we can not modify this image. But fuck hell, maybe with luck, the ciphered binary are valid aarch64 instruction that could help us ?

So let's grab all the signed ATF partition we can find and objdump the ciphered payload.

One of the ciphered ATF partition decodes as three valid instructions, with the third one being a jump to an non-reserved memory_maped region (as the atf is loaded at 0x10000000 and the jump is relative, it gives us 0x10061210, between ATF and OP-TEE) ! (Luckily, x10 is not zero at that point of the code).

And if we omit the xz flag, the ciphered data will be copied as-is to the default ATF memmap.

build a "kernel" image that we xz at the jump location, pack it with a skrypted ATF image, with iv and key set to 000...00, and boom, we have code execution at EL3.

We then just need to rejump to the code that handle partition decryption, and we can dump the shared firmware aes key...

Just a quick note on that.

To bypass the rootfs signature included in the new kernel released, just load a previous (signed) kernel (that do not check rootfs signature, just decrypt it) and then load a specially crafted module that mimic kexec on the new (modified) kernel on the crafted rootfs.

The bootloader in itself is also signed/ciphered with an OTP key that is set unreadable before the ROM execute the bootloader. An hardware fault injection attack would probably be necessary to bypass that, but that's beyond my capabilities (atm).

The vendor has been contacted and fixed the bootloader.

This entry was tagged #Reverse